In Nottingham on a job during the week, with time to spare before the train back to London, I put a hunch to the test.

For the past couple of weeks, I had been trying to buy an Ilson railway ticket on the internet.

The National Rail timetable had it all in place – strangely, from March 27 – but clicking on the buy button evoked an ‘invalid station’ response.

So, I reckoned the actual counter at Nottingham Midland might just be able to come up with the goods.

Me: Can I purchase a ticket to Ilkeston?

Me: Can you check?

Staff to colleague: Have you seen this? We have Ilkeston in the system!

Me: Can you check for March 27? There are trains in the timetable for that day.

Me: Can you try an earlier, how about today?

Staff (laughing): Yes you can, but you won’t be able to use it. You just want the ticket, don’t you?

And there emerged the first railway pass to Ilson in half a century.

I might still buy one for the debut train next month. It would waft the fog of time from my last home grown rail journey between Nottingham and Ilkeston, but this time I won’t be in shorts. 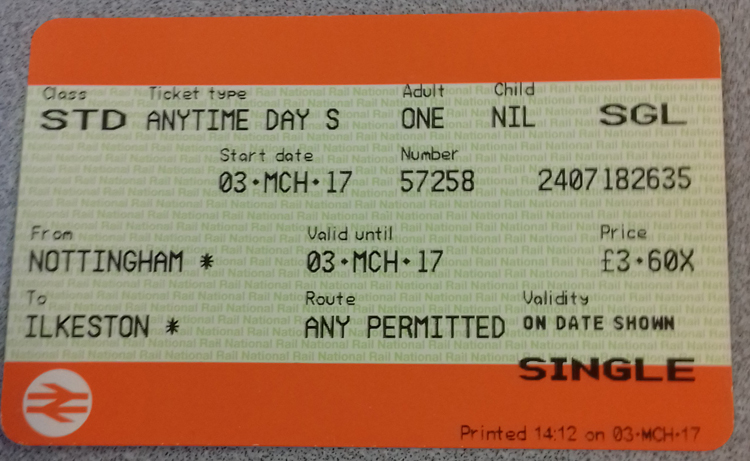 Ned is an Ilkeston-born NFFC fan now living in London. He last travelled Nottingham to Ilkeston on a DMU train from the Ilkeston North Station in 1964.